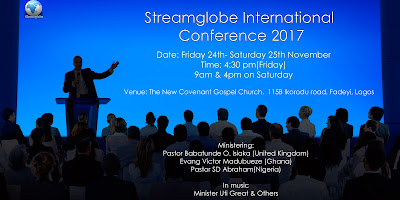 Do not be anxious about anything. Instead, in every situation, through prayer and petition with thanksgiving, tell your requests to God. And the peace of God that surpasses all understanding will guard your hearts and minds in Christ Jesus.

When Bidemi found out that her stepmother had tried to destroy her engagement with the things she told her fiancé, she became very angry. She lost control and acted temporarily in the flesh.

‘You are a wicked witch. You want to ruin my life the way you ruined the lives of your daughters. God will not allow you. Shame on you wicked witch.’

Her stepmother was deeply grieved by the harsh things Bidemi said, because they seemed true. Her own daughters who were older than Bidemi were still at home and were not yet married, yet here was Bidemi about to marry a very successful young man. Envy and hatred filled her heart, and she determined that Bidemi was the enemy who stole the glory of her daughters; therefore Bidemi will never know peace.

Bidemi had acted in the flesh and she knew it. She knew she was not supposed to respond the way she did. The next day, she apologized to her stepmother. But her step mother wouldn’t receive an apology. She cursed Bidemi and said she would never ever marry or know peace.

Bidemi was afraid because of the strange curses her stepmother uttered. So she went back to the Lord and asked Him to deliver her from all her fears. Peace came into her heart and she was no longer afraid. She got married in good time and had a happy life.

Go into today remembering that whenever you are troubled in your heart concerning any issue, bring it to the Lord in prayer. The way you will know that you have prayed through is when the peace of the Lord fills your heart and your heart is no more troubled.

Streamglobe is interdenominational. Kindly share this with your contacts and let’s touch lives together.